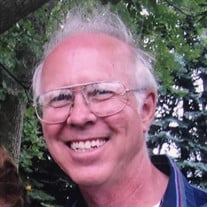 Darrell Lee Settell, 78, of Parsonsfield, Maine passed away on March 16, 2022. He was born September 28, 1943 in Wheatland, Wyoming to Harold Settell and Leona (Hunt) Settell. His formative years were spent on a Ranch in Bordeaux, Wyoming, and when he was 10 the family moved into the town of Wheatland. Darrell enjoyed sports and had a strong work ethic even at the young age of 10 & 11 which included delivering newspapers over a 5 mile radius before school each day. He joined the Navy in 1961 serving aboard the USS Joseph K. Taussig. It was during this time that he met and married Loretta (Black) Settell of Limington, Maine. After he completed his time in the Navy, they spent 2 years in California before returning to Maine. Here they spent many months building their home in Standish while living in a very small barn raising two girls. Years later, they divorced, but remained in close contact and were friends. He worked at Maine Printing for several years, as a stone mason, and an Optician. He never lost his love for the West returning to live in both Montana and Wyoming for several years. His latter years were spent with his family here in Maine. Most mornings you would find him at the Sacopee House of Pizza. He often said how he enjoyed starting off his mornings with people he appreciated and enjoyed! He was a man of many talents and spent time puttering, repairing, and helping around the house. He enjoyed dancing both country and ballroom, plus he enjoyed cranking up his music whether it was country, polka, or his all time favorite, Oldies. His favorite past time tho was endless hours of studying and researching his favorite topics from naturopathic healthcare, politics, how to fix things, history, and all things Spiritual. He was curious, questioning, and unafraid to explore whatever intrigued him. Sadly, he is the last of his generation, and was predeceased by 9 brothers and sisters, and his daughter, Tammy (Settell) Reynolds. He is survived by his ex-wife and friend, Loretta (Black) Settell, his daughter, Teresa G. Settell, his grandchildren, Christopher Settell, Cody Reynolds, Erica Reynolds, and Keanna Joyal-Settell plus 4 great grandchildren, and many nieces, nephews and cousins he truly loved. A small memorial will be held Saturday, May 7, 2022 at Kezar Falls Assembly of God church at 1:00 pm

Darrell Lee Settell, 78, of Parsonsfield, Maine passed away on March 16, 2022. He was born September 28, 1943 in Wheatland, Wyoming to Harold Settell and Leona (Hunt) Settell. His formative years were spent on a Ranch in Bordeaux, Wyoming, and... View Obituary & Service Information

The family of Darrell Lee Settell created this Life Tributes page to make it easy to share your memories.

Darrell Lee Settell, 78, of Parsonsfield, Maine passed away on...