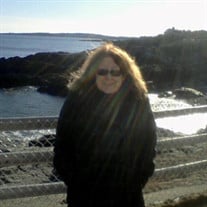 Susan Fowler Social worker, devoted to helping others Susan Fowler, 68, of Portland, died Wednesday, Nov. 3, 2021, at Mercy Hospital after a brief illness. She was born May 8, 1953, in Allegheny County, Maryland, daughter of the late Catherine Alice (League) Fowler and Joseph Fowler. A brother, Joseph Fowler, also predeceased her. After graduating from Truman State University with a teaching degree, she became a social worker and dedicated her life to helping others. She worked for Northern Maine General for more than 10 years, located in Eagle Lake. She married Michael Duffy in Quincy, Mass., in June 1990. The marriage ended in divorce, but they maintained a warm relationship until his death in 2012. She moved to Portland after retiring from Archways in Fort Lauderdale, Fla., where she served as a rehabilitation therapist. She loved the city of Portland, and served on the Metro advisory board, advocating for maintaining bus routes accessible to seniors in the West End. She had a deep spirituality and found peace in God, enjoyed getting people together for festive events, and was devoted not only to her daughter but to many other young people she “adopted” along the way. She was known for her fried chicken and gravy and loved rocking out to Elton John and Pink. Survivors include her daughter, Catherine Duffy of Gorham; a sister, Catherine Flechaus of Orlando, Fla.; a niece, Alison Flechaus, and a grandniece, Aubrey Doyle-Williams, both of Ft. Lauderdale. Psalm 23 The Lord is my shepherd; I have all that I need. He lets me rest in green meadows; leads me beside peaceful streams. He renews my strength. He guides me along right paths, bringing honor to his name. Even when I walk through the darkest valley, I will not be afraid, for you are close beside me. Your rod and your staff protect and comfort me. You prepare a feast for me in the presence of my enemies. You honor me by anointing my head with oil. My cup overflows with blessings. Surely your goodness and unfailing love will pursue me all the days of my life and I will live in the house of the Lord forever.

Susan Fowler Social worker, devoted to helping others Susan Fowler, 68, of Portland, died Wednesday, Nov. 3, 2021, at Mercy Hospital after a brief illness. She was born May 8, 1953, in Allegheny County, Maryland, daughter of the late Catherine... View Obituary & Service Information

The family of Susan Annette Fowler created this Life Tributes page to make it easy to share your memories.